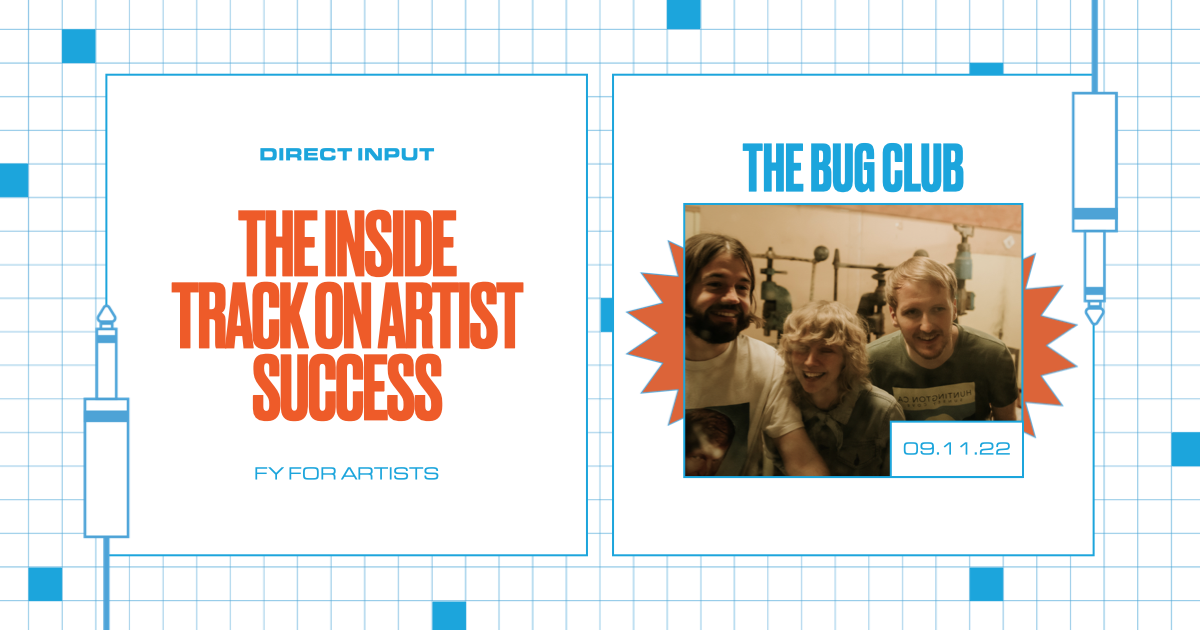 To say that the exuberant appeal of The Bug Club’s live performances and songmanship has been spread by word of mouth is a bit of a contradiction, as you could never sum up the music produced by these three groovy peas in a far-out pod (musically and lyrically interesting, deliciously individual, stripped-back garage pop songs, which shimmy, bounce and slide from joyfully frenetic guitar riffs to melodious harmonies) in anything like one word.

Championed by Radio 6 (and Marc Riley in particular), Radio Wales and their growing, encore -insisting audiences, this three-piece pŵer trio has not seen their hometown of Caldicot, South Wales in some time. Not that they mind. Sam, Tilly and Dan who make up The Bug Club, couldn’t be happier as “touring is the best bit” (Sam, vocals & guitar) and it’s clear that, in announcing a new 20-date UK tour this Autumn, the band are in no hurry to slow things down. Much better to be tearing through guitar strings and drum sticks, hanging out at the merch stand, mooching around new towns & cities and playing stripped-back & live – as Tilly (vocals & bass) says the band love the energy of playing their songs for the first time that day on stage so the energy is there. The venues are getting bigger (although Cardiff is still the loudest audience so far), support slots are being swapped to headlines and the audiences are singing back their songs to them (even the in-betweeny words), so it’s no surprise that Dan (drums) cannot stop grinning. Winning hearts and minds, The Bug Club will have you clapping, cheering and singing along with them at an independent venue in a town near you this autumn. Fun tiiiiiimes!

We’re going to be grabbing them after Sound Check for a chat before doors open to their gig. This will either take place at Future Yard, or a location less than a five minute walk away. We’ll confirm this nearer the time depending on the progress of our building work. We’ll be discussing their prolific release schedule, touring, their strong visual identity, the team they have built around them and more.

Please note – tickets for The Bug Club’s gig are not included, but are available here.

Location: FUTURE YARD (or a venue within 5 minutes walk, depending on progress of building work - we'll confirm nearer the time).