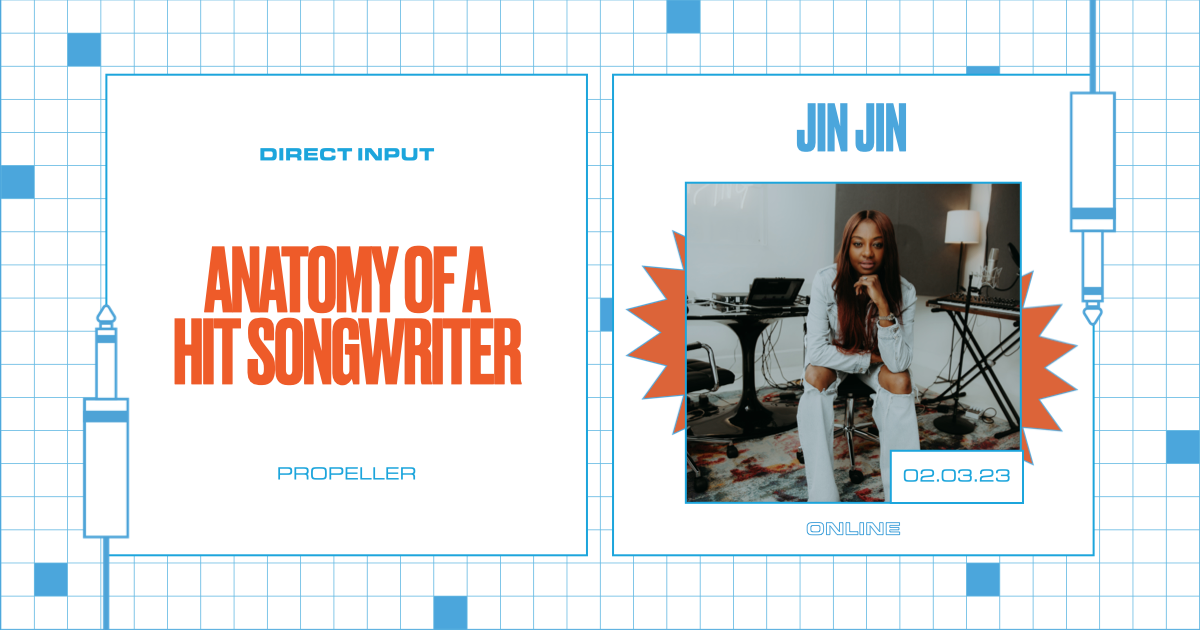 We are very excited to chat to the incredible Jin Jin about her career as a hit songwriter and all of the complimenting endeavours that go with this. Jin Jin’s career is certainly one we’ve been watching for a long time, so we hope you can join us (online) for a very inspiring conversation.

Jin Jin (aka Janée Bennett) boasts a more diverse catalogue and interesting journey than your average songwriter. With multi-platinum hits across genres, her own label/publishing/management company, Jinsing, and a Senior A&R position at Parlophone Records, she has achieved so much since hanging out in her Grandad’s reggae shop as a child.

Focusing throughout her career on nurturing the best up-coming artists and writers she has a driving passion for helping others realise their potential.

Recognising the early talent of the now seven times #1 artist Jess Glynne whilst hosting a song-writing masterclass at Jess’s college, Jin Jin went on to co-write the UK No. 1’s ‘Hold My Hand’ and ‘Not Letting Go’ by Tinie Tempah feat. Jess Glynne, ‘Real Love’ (UK No. 2) and ‘Right Here’ (UK No. 6), being involved in 10 tracks on the debut album overall. She also co-wrote 10 tracks on Jess’s second album Always In Between.

Both of Jess’s albums have topped the charts, and Jin Jin was nominated for an Ivor Novello and won a BMI Award for her writing on ‘Hold My Hand’. Jess’s debut album I Cry When I Laugh is now 4 x Platinum in the UK alone.

Brought up in Manchester, she moved to London and became known initially for her work in the UK grime scene with Wiley and Roll Deep. She has gone on to collaborate with a host of international producers and artists and recently co-wrote the 2021 UEFA Championship x Pepsi anthem ‘Rotate’ by Burna Boy and Becky G.

In recognition of her achievements, she was nominated for Songwriter Of The Year at the Music Business Worldwide Awards 2018, and won the “Music Creative” Award at Music Week’s 2018 Women In Music event. She also recently won her second BMI award for Madison Beer’s ‘Home With You’ and joined the board of Directors of the prestigious Ivors Academy in 2020

REGISTER HERE TO GRAB THE LINK