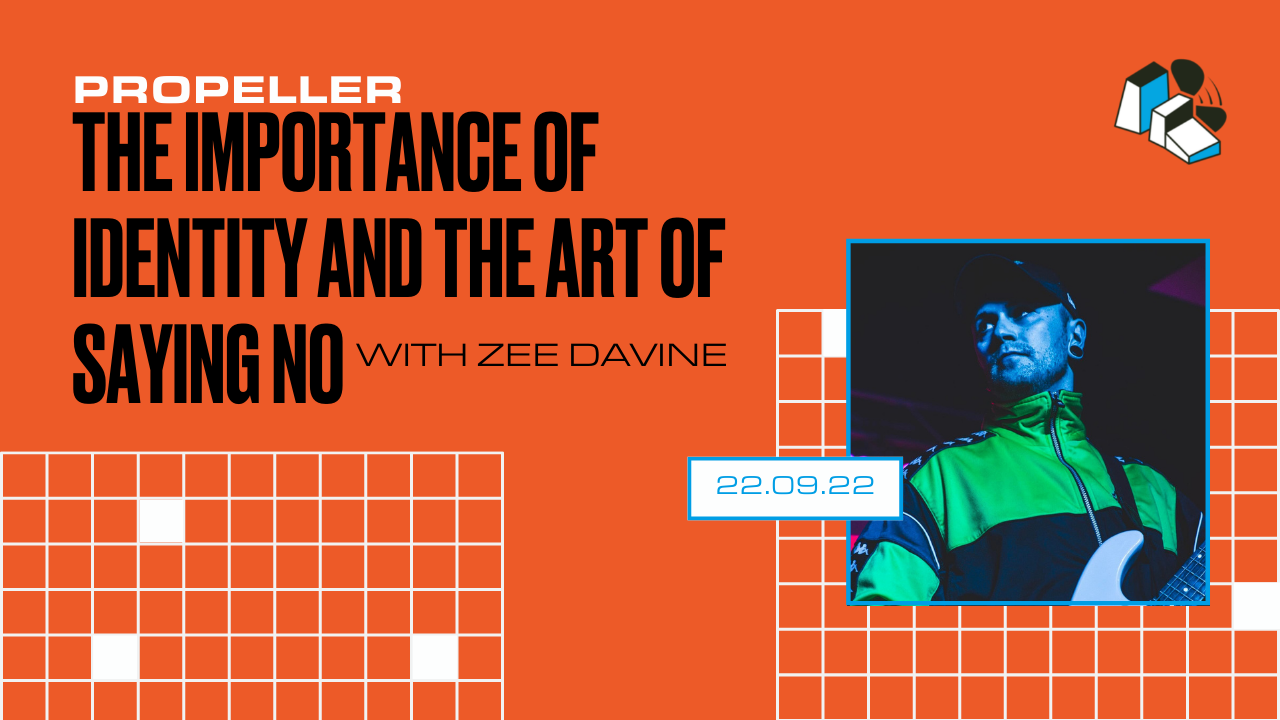 THE IMPORTANCE OF IDENTITY AND THE ART OF SAYING NO

We’re joined by Zee Davine for this crucial session on identity and the different routes we can take and opportunities we can seek that suit our project.

It wasn’t long until Tokky Horror, Davine’s new alias, arrived. Recruiting hyper-pop vocalist Ava Akira and front person Mollie Rush, Davine took a desired step away from the spot light and took on the role of songwriter and producer. Described by Kerrang! as “a drum n bass electro punk hybrid” Davine’s love of creating visceral yet melodic music hadn’t gone away, but found a new format and new ways of creating it.

In the words of Clash Magazine “Proudly claiming to “not be making electronic music any better, just making punk music worse”, Tokky Horror are defined by a reluctance to take anything seriously, sights focused solely on having a good time. They’re scrappy, they’re energetic, and they rouse movement within every member of the crowd. If they’re making punk ‘worse’, then maybe ‘worse’ punk is where it’s at.”

It’s important to develop your project’s identity and to appreciate where you fit within the music world, looking at suitable opportunities and the right people to work with which will help grow your audience and develop your project in the direction you want it to take.

Developing your identity doesn’t always come easily and is often taken for granted. Being mindful of your goals and values is key. This session will explore what is important to you and how this comes in to play when looking at how you put yourself out into the world.

Most often we are told to follow traditional and (sometimes) effective routes through the industry, but what if those routes don’t apply to you and your music style? How do we cultivate opportunities that will help us reach our audience and not rely on what is most often suggested, such as BBC Introducing or even the go-to gig promoters in our local scene.

Even if those tried and tested avenues are relevant, we also shouldn’t just be relying on what’s in front of us. This session will be a source of inspiration for getting creative with your project and making decisions on how to put your best foot forward when approaching competitive areas of the industry.

A difficulty that many artists face is knowing when to say no. There can be a fear that if we don’t say yes to every opportunity that we might not get a better chance and we will have squandered something that may have helped. It is important that we look at every offer and opportunity we get and think about whether it is the right thing we should be doing. This fear of saying no can often mean artists get tied into relationships that will not help them on their journey and can generally hold them back. We don’t want that to happen to you and we want to help you go into any conversations you have as informed as you can be and knowing what questions to ask. Saying no is often more valuable than saying yes.

Is that gig really worth it? Does that label know what they’re doing? Is that contract fair? Are you worth more than that fee? Does that manager really share your vision and understand what you want to achieve? Does that brand share your values?